snow all year round 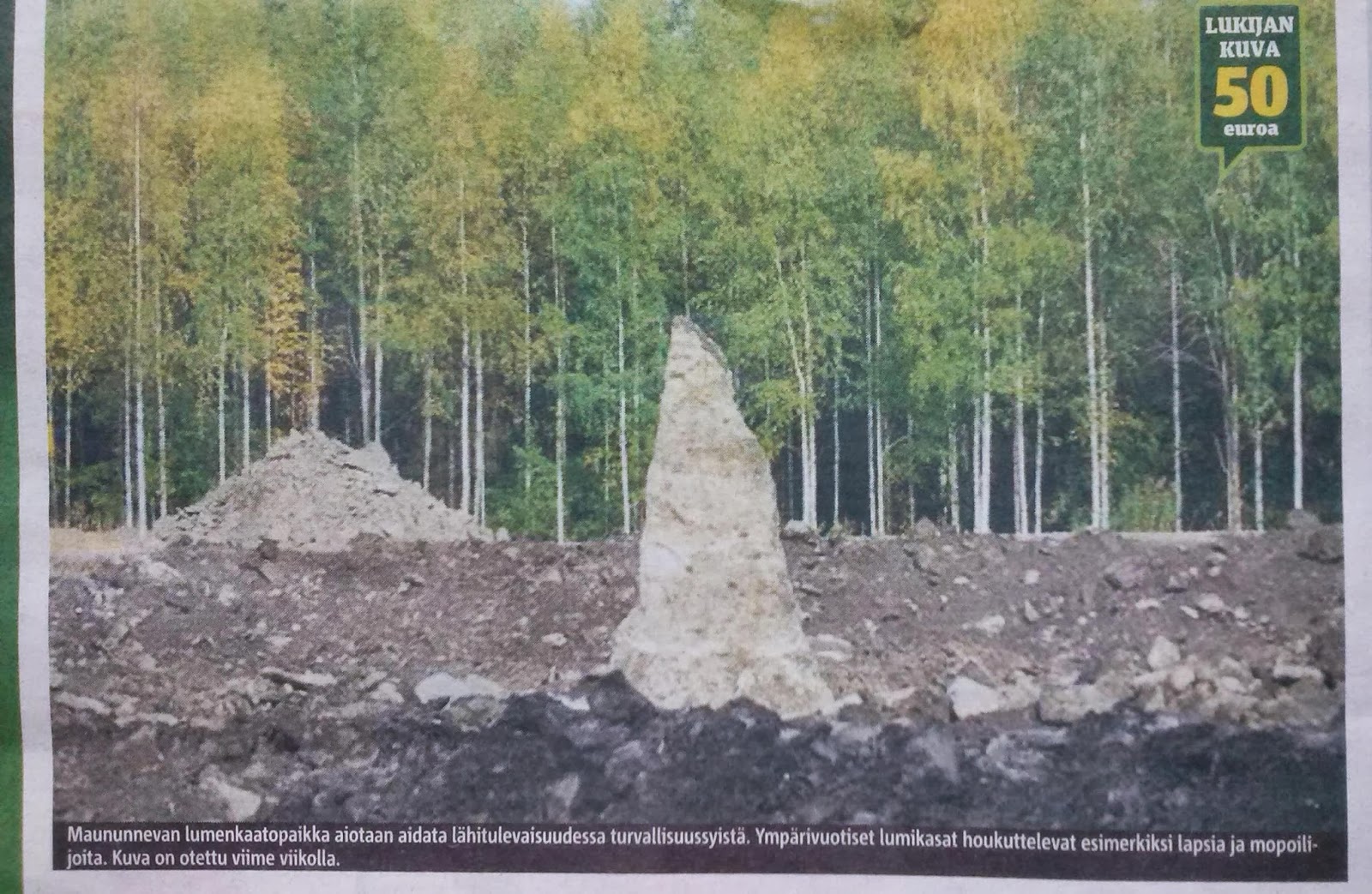 There was interesting article by Reetta Paavilainen in Helsinki edition of Metro newspaper on 10th October. 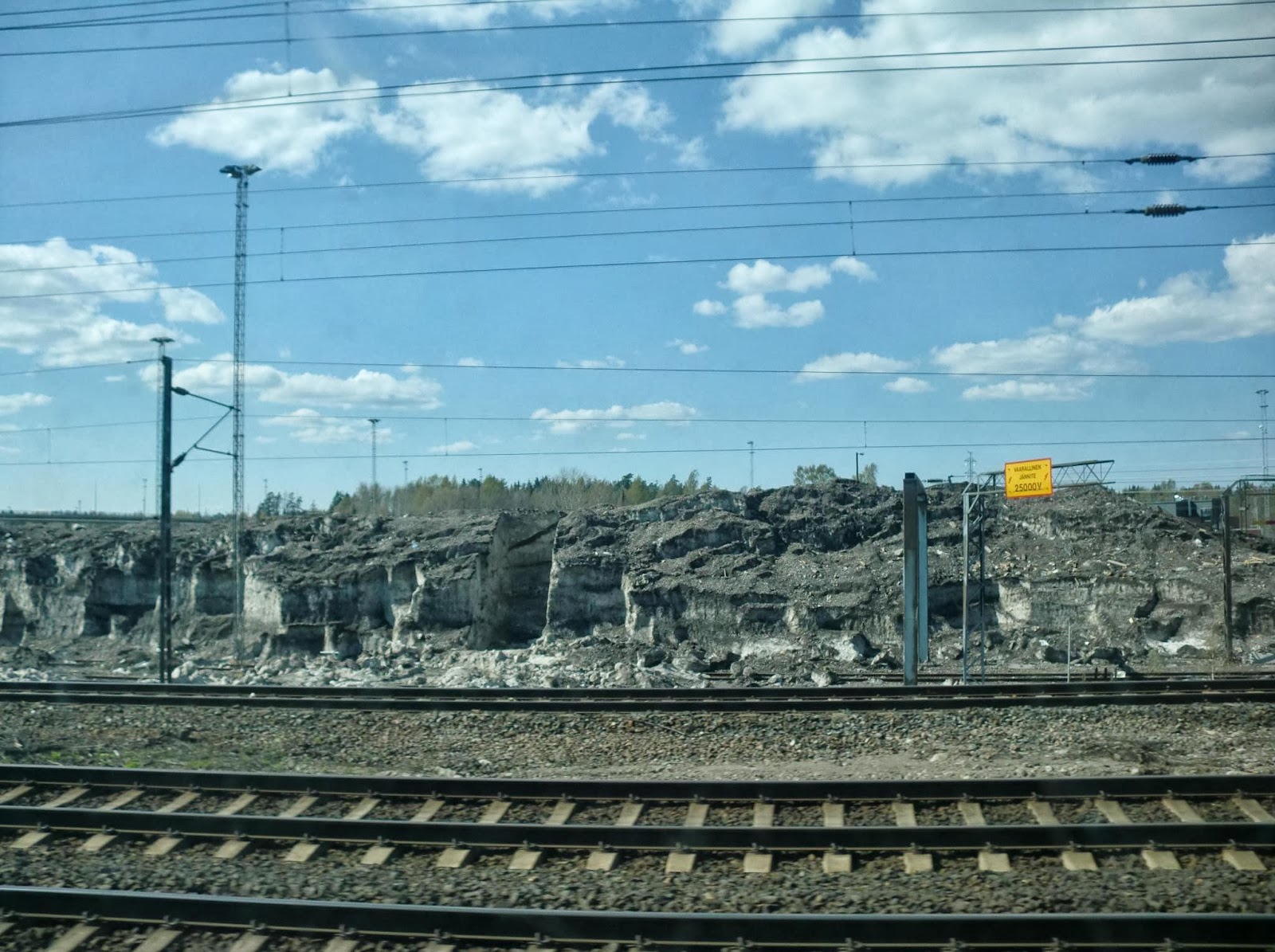 The last four winters were very snowy in Finland and there is still much of unmelted snow piled in some places. The attached photo shows huge amounts of the last winter snow in a snow dump in Maununneva (neighborhood of Helsinki). This snow will not have possibility to melt by itself before the new snow comes. There are plans to fence this area for security reasons. Snow can be melted in different ways, eg. by district heating, by using waste heat of the district cooling, or using waste heat of the power plant.
Snow from the Helsinki region is dumped in numerous places but these places are not enough. There are plans to create the new places.
Part of snow is dumped into the sea, but snow from the city is mixed with stones and littered.
About the second photo - I took it from the train window at the Pasila railway station. I would not be surprised by such view somewhere in Lapland, but there were piles of snow in the middle of May in the very centre of Helsinki. We'll see what brings the upcoming winter ...