I don't know why I haven't written about Moomins so far. I was reading all the books about them already as a child, and now my sons love the Moomins as well.
The Moomins are characters of a series of nine books and a comic strip created by Tove Jansson within years 1945-1970. Tove Marika Jansson (1914 – 2001) was a Swedish-Finn novelist, painter, illustrator and a comic strip author. She has also illustrated the Moomin books.

The Moomins resembles white hippopotamuses. The main characters are Moominpappa, Moominmamma, Moomintroll,
the Snork Maiden.
The non-Moomin characters of the series are a.i. Little My,  Sniff, Snufkin, Stinky, Hemulens, the Groke and the Hattifatteners. Each of the characters has its own character and sees the world in its own way. The Moomins and other characters live in Moominvalley somewhere in Finland and have many amazing adventures.
The stories were written for children but I know many adults enjoying reading them. The Moomin World charms with its unique atmosphere. The stories include admirable insights for life, friendship, understanding, feelings, dreams, courage and pondering what really matters.
All the Moomins books became very successful and have been translated into over thirty languages. The Moomins got also their movie, TV series, theatre, radio, opera and comic strip versions. There is amusement park based on the Moomin books - "Moomin World" in Naantali near Turku, and the Moomin museum in Tampere.
Below are some of my favourite quotes from the Moomin stories:
"You can't ever be really free if you admire somebody too much."
"I like stars more than anything else.I watch them as I fall asleep and wonder who lives on them and how to get there. The night sky looks so friendly with all those little twinkling eyes."
"Moomintroll closed his eyes and surmised: How different we all are, really."
"When one’s dead, one’s dead… This squirrel will become earth all in his time. And still later on, there’ll grow new trees from him, with new squirrels skipping about in them. Do you think that’s so very sad?" 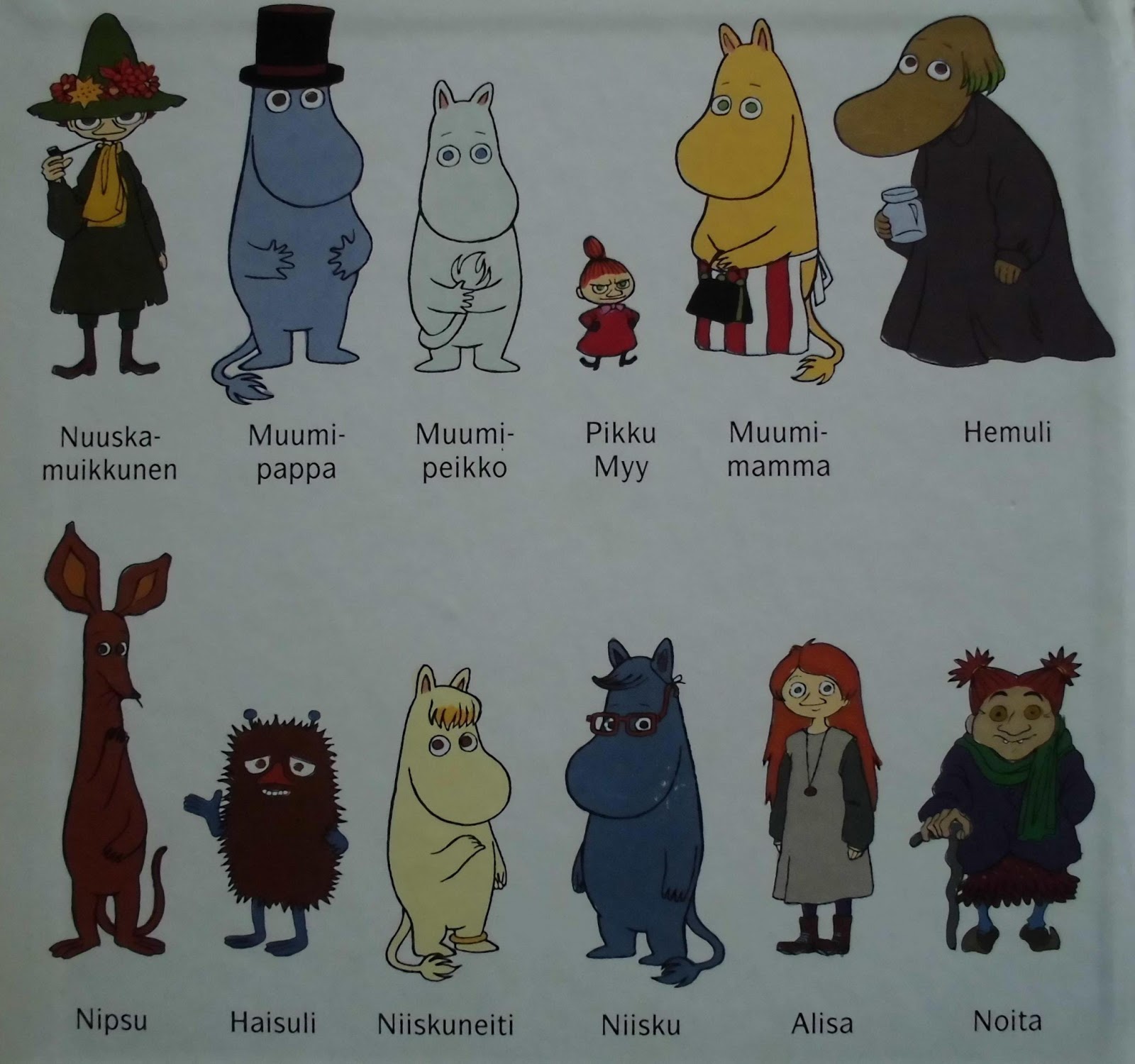